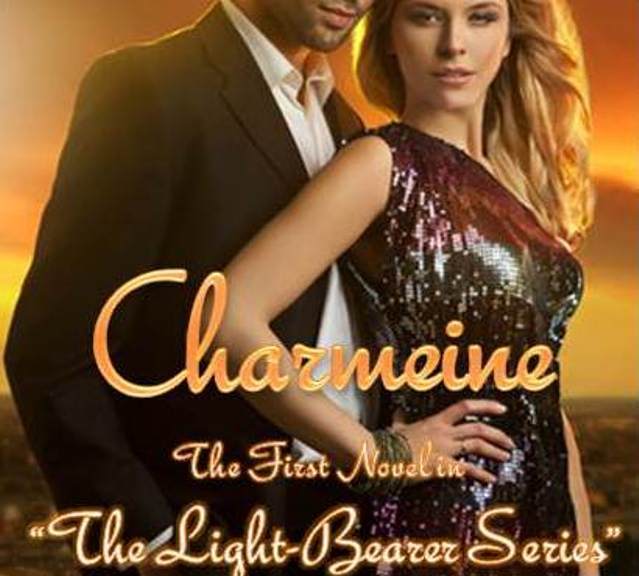 Tabbruis had underestimated the blood-hunter’s skills and was not going to do that again.

With a loud grunt-growl, the blood-hunter threw a punch intended for Tabbruis, but he rolled over quickly and the blood-hunter’s hand smashed into the concrete breaking it up in pieces leaving a big hole.

Charleen woke with a start, darkness and pain was around her.  She heard growling and punches being thrown.  Groggy from the blow to her head, she put her hand up and tried to stop the bleeding.

Charleen thought she had to get out of there now.  Trying to stand, she saw two figures battling in the parking lot.

The man who attacked her was being overcome by a tall man.  She felt instant relief this stranger had come to her aid.  Something was different was about him.

Charleen dizzily started to fumble for her cell phone to call 911, but she couldn’t make fingers work.

With a loud growl, the man who attacked her got the upper hand on her hero, the stranger.  Charleen felt sick and nauseous and reached her hand out to the stranger as he growled in pain from the blows that he was receiving.

Straddling Tabbruis pinning his arms at the side, the blood-hunter rained a barrage of punches into Tabbruis’ face and jaw.

That is when a glow emerged from Charleen’s hands and it became like a flow of electricity.

Tabbruis was growling in pain and losing consciousness when he saw a light, then his eyes rolled back in his head.  A bright white light hit the blood-hunter.  Tabbruis could hear him crashing into a car.  The blood-hunter made a loud growl and moan, and he melted like he was butter into the pavement, knocked unconscious from the shock.

Tabbruis could not move his head.  He was dizzy from the beating and his body was not responding to any commands.

As Tabbruis closed his eyes, he saw the face above him.  It was the face from the steam, from his dreams, from the clouds.

As he lost consciousness he thought, ‘I have found you.’

Before Charmeine knew it, she felt fingers on her chin rousing her from her sunbathing induced sleep with a sweet voice saying, “Honey, it is time for dinner.”  She looked up, and it was Tabbruis standing above her.

Charmeine said, “Oh!”  She shot up saying, “I slept the whole afternoon away?”

Tabbruis chuckled and said, “Yes, it looks like you did and…”

Tabbruis started laughing in earnest now, “And you got a little sunburnt!”

Charmeine went into the bathroom looking and howled, “A little sun-burnt?  I look like a frigging cherry!”  She was trying to touch her skin, “It’s November 4th how in the heck did I get this burnt?  Ugh!  Darn-it!  What about practice?  I can’t go like this?  I can’t even put on clothes.”

Tabbruis was in the bathroom with her in an instant leaning into the door with a big smile on his face like the cat that ate the canary, “Only one thing to do to help that…”

Seductively Charmeine smiled, “Oh…. You are such a bad boy.”

Tabbruis, with a glint of hope in his dark green eyes, said, “Yes, but you like bad boys.”

Charmeine said with her hand caressing his face, “Correction, I only love one bad boy.”

Charmeine said seductively running her hands down his chest, “I have something else in mind… but we don’t have time for that.  So…I guess… your neck!”

Tabbruis gently touched her head and said, “I can heal the cut and bump. Please let me heal you?”

Charleen said, “I trust you, but how?”

Tabbruis looked into her eyes and said, “Trust me, I will not hurt you.” Charleen not knowing what to expect agreed. Tabbruis took her head and leaned it over to him with her forehead on his chest.

Suddenly, Charleen felt a warm, wet bolt of lightning going through her which did not hurt. She grabbed Tabbruis around his waist to steady herself.

Tabbruis did not know why but her blood was exquisite. He had never tasted someone’s blood which fired his passion. He pulled her closer to him.

She could hear him softly growl as he licked the wound which thrilled her. She started to moan gently with feelings of pleasure.

He felt her chest swell and her heart race.

Tabbruis fought to keep his fangs in his gums. Her blood was like an answer to his hunger which had burned in him for centuries.

Tabbruis felt incredible power in her blood. The blood was intoxicating him with her sensuality.

Tabbruis’ feelings were intensifying, and he could not control the overwhelming urge to take her into his arms and never let her go until they both had sweet relief.

She moaned again louder digging her nails into his back.

Tabbruis knew she was as excited as he was. His breathing became heavy, and her body hummed with desire.

At that moment, Tabbruis felt his fangs had appeared! He quickly moved away from her turning around and covering his mouth.

Charleen opened her eyes. She had a hunger she never had before, a hunger for this man in front of her. She said breathlessly, “Why… did you… stop? What’s the matter? Have I done something… wrong?”

Tabbruis’ fangs retracted and he took his hand down. Tabbruis turned around panting and saw her brown eyes full of desire; he knew she wanted him also.

Charleen could see the desire in his deep green eyes which had black rings of smokiness in them. He shook his head trying to catch his breath and said, “In my life, I have never tasted blood so powerful and intoxicating.”

Where to find/follow Emily:

Where to find/buy the Book: