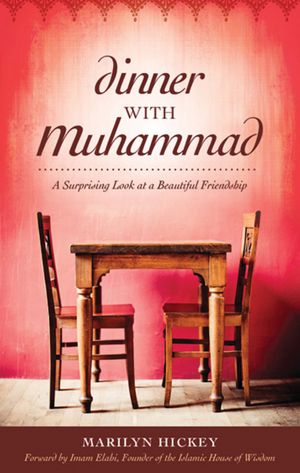 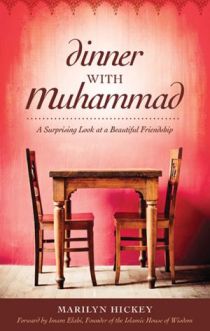 Marilyn Hickey has traveled extensively throughout the Muslim world for over thirty years. She details how God has allowed her to uniquely conduct public ministry in these countries with amazing results; how she has made friends with Islamic leaders and benefited from their assistance, and how the people of the streets in the Islamic world have responded to preaching and prayer. Islamic leaders who share the author’s desire to bridge the cultural divide speak in their own voice as they share perspectives and opinions.

Review Dinner With Muhammad – 3 out of 5

Reading Dinner With Muhammad was a lot like reading someone’s personal diary. Was it thoroughly engaging? At times.  Miss. Hickey’s personal experiences with Islamic nations are what kept me reading when parts fell. By the end of the book, you feel inspired to go across the street to invite your Muslim neighbors to dinner, apologizing for never having done so before. Having built strong friendships with people of Islamic culture way before reading the book, what Miss. Hickey spoke about, I already knew. Sometimes I felt like her descriptions of Muslim people could not really pertain to Muslim Americans. For example, while in college, I found most Muslim Americans were not impoverished, illiterate, starving or that out of touch with Western culture. After forming a friendship with them, I found religion rarely, if ever, entered the conversation. First or second generation Americans did not want to talk about being a Muslim, they wanted to party and be regular college students.  Even the ones wearing a Hijab. They gave me enough information to ensure I never gave them alcohol or fed them pork on accident. One is left wondering, how do you relate to them? Miss. Hickey also did not talk much about the middle and upper classes in Muslim nations. After reading this book you would almost think they virtually did not exist. However, I feel Miss. Hickey’s overall aim is to motivate Christians to serve Muslim nations’ underprivileged, not go over there and network with the upper classes. Just like reading any other diary, I encountered grammatical mistakes and shifty transitions between past and present tense. When the author used dialogue to enhance past experiences, I read it thinking, “Did they really say it like that?” But hey! You don’t waltz a diary to a professional editor. Besides, because I believe in what Miss. Hickey is doing, I looked past the not-so perfect writing. Miss. Hickey is very good at sharing her passion with others. She has been traveling to Muslim countries to host healing meetings based on Christian principles for 20 years. Her work has changed over thousands of peoples’ lives, and created places where Christians and Muslims can worship together. Miss. Hickey’s Christian nonfiction, Dinner With Muhammad, is unique. It inspires us to see every person as a friend and not an enemy. I recommend this book for those Christians passionate about unity.

A lot of hot guys, and only one girl. See the problem?

Never say Never tells the story of Never, one lucky young lady who is the only chick in a rock band. She has established a code that has kept the band together: do not date a guy in the band. Then her sexy college TA, Danny Blue, decides to join the band. Knowing Danny wants to use his mouth for much more than just singing, Never is left hot and wanting. She has to make a choice, stay true for the band’s sake or miss the passion of a life time.

Because Gow’s writing was simple and not bogged with unnecessary description, this was a very quick, and dirty read. One I found myself not able to put down very much.

I liked all the characters because Gow did a very good job making all of them distinguishable. Even though the dialogue was so melodramatic at times, I believed these people were in college. A lot of writers I have read lately seem to forget the difference in mindset between someone attending high school and college. Having the ability to do things on your own without a parent’s watchful eye makes a huge difference in how one perceives things. Our mistakes suddenly become our burdens. All the characters reacted accordingly.

I thought it was a little weird for all of Never’s boy band dudes to be gorgeous, in love with her, and she be totally not interested at all. Not even a minor crush. But soon as Danny walks in the room, she’s hot with fever and ready to go against the code.  Although Danny seemed interesting enough, he would not have made my list of top ten to date. He had to grow on me, but I’m team Kyle. And why not? He’s gorgeous, in love with Never, has known her forever, he can make connections with her mentally Danny can only hope to do because he barely knows her.

Truth be told there are questions I still had by the end of the book. The abrupt ending left me thinking, “Well that was mean. Where’s the rest?” It could have been done smoother. It did not feel like a close, even though I knew another book was going to be written.

At the end of the day, I really enjoyed the book. College students and young adult readers will enjoy this story most.  Get it Miss. Gow, you’re on your way to defining a generation.

Kailin Gow is the bestselling author of over 80 books. She has traveled all over the world, conducting research, and collecting stories. Some of the more interesting places she’s been to are: Dracula’s Castle in Transylvania where she was presented with a sketch of Dracula, The Stanley Hotel in Colorado where she saw something quite odd, the lost city of Pompeii where both her cameras were drained of battery, St. Petersburg where she held an hour-long conversation with a Russian soldier who didn’t speak English and she didn’t speak Russian, and the orphanages of Thailand where she distributed toys, books, and hugs to hundreds of disabled orphans.

As a teenager, she was a voracious reader, who always had one or two books with her at all times. She was on her newspaper staff, participated in drama productions, was on the yearbook staff, played sports, competed in kung fu, played violin, and yes, was even on the pep squad at one point.

She is also a filmmaker and radio host.  Her short short of The Stoker Sisters recently screened at the prestigious 14th Annual LA Shorts Film Festival, officially accredited by the Academy of Motion Pictures Arts and Sciences.  She has written for and produced television series with Emmy-award-winning producers and directors.  As a radio host, she was recognized and featured by The Los Angeles Times as a young Asian American Journalist.

She holds a Master’s Degree Communications Management from USC’s Annenberg School of Communication, and Bachelors Degrees in Drama and Social Ecology from UC Irvine. Kailin loves reading, writing, watching old and new movies, filming, playing video games, playing board games, traveling, and location scouting for settings in her books and films.  In her past life, she was a news journalist, talk show host, tour director, and corporate executive.  She is a mother, a mentor for young women, and the founder of the social group for teen and young adult girls called Shy Girls Social Club at http://www.shygirlssocialclub.com where girls can develop positive friendships and skills in the creative field.  Members of Shy Girls Social Club can get a chance to win prizes, scholarships, and internships.

She is an authority on women, youth issues, self-esteem, and leadership and has appeared on over 100 radio shows, television, and top U.S. network affiliates.

You can find her here:

Book club and Group Discussion Questions for All YA titles here:  http://theedgebooks.com

YA Books from Kailin Gow 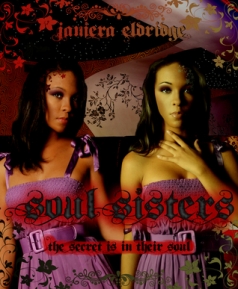 Soul Sisters is an urban fantasy novel about African-American twin sisters Ani and Dana who have a rather unique secret: one sister is human while the other is a vampire. While the sisters have lived peacefully with each other for many years one fateful night will change both their lives forever. When a drunken man tries to attack Dana (the human sister) Ani (the vampire sister) protects her sister with all of her ferocious power.

However, when the vampire’s leader Donovan finds out about the public display he calls for the sisters to be assassinated for disobedience. Ani and Dana now are in for the fight of their lives to protect each other as well as the lives of their dedicated friends who have joined them on their mission for survival. If Dana and Ani can make it through this time of uncertainty, Ani can take her new place as vampire queen. Soul Sisters is expected to be a trilogy; The book also features a multicultural cast of characters that brings a new edge of chic to the vampire world.

Buy Links:
(You can also read an excerpt of the book on Amazon)

Janiera enjoys feeding her book addiction when she not writing. She is also a book blogger at Beauty and Books where she mixes being a book nerd with keeping things chic. When not reading or writing she is freelance writing in the entertainment industry. Soul Sisters is her debut novel.

The bond of a father and daughter is special. When Jules father asks her to come be stay with him because he’s terminally ill, she goes for the remarkable opportunity to really know her father. She never dreamed he had liberated a concentration camp, dealt cards to Bugsy Siegel or saved the life of a Black Panther. Wings of Hope takes you on a road trip through the memories of a man making peace with his life through his conversations with his daughter. Teaching her that death is sometimes the most heartbreakingly beautiful part of life. Hope is the last gift of a father to his daughter–the power to reach for her dreams.

Wings of Hope focuses on the main character, Julia, and her growing relationship with her father as he finally reveals his life secrets to her.

A very loving and endearing story, it reads like literary short fiction. If you are not looking for high, intense conflict, but something to touch your heart while keeping you entertained then this is the story for you.

The story starts out strong. We learn Julia is a 27-year-old woman who’s managed to find a nice job even though it is not the one she wants, a good apartment, and even though she is in a relationship with a Mr. Right, he’s the wrong Mr. Right for her.

Even though I do think Julia can be mean and snooty, I find her relatable. She could be your boss, your next door neighbor, the popular girl in high school.  Julia keeps me reading long into the novel. Then I find myself 76 pages into the story. I start to hear less about Julia’s issues and more about her father’s experience with World War II.

At first these anecdotes are quite amusing, but I want conflict. I want to know will Julia break up with Mr. Right Now? Will she pursue her real life career? How are these stories her father tells connected and furthering the story? Are they just stories?  And will Coco the 3 year old English Toy Spaniel be swept back to the shelter because Julia and her father refused to follow policy when first adopting her?

Thankfully these questions all get answered in the story, leaving me content and quite happy. A story that starts strong, becoming slow in the middle picks up enough momentum to keep me engaged till the very end. Good job Miss.  Peak. You are on your way to defining a generation.