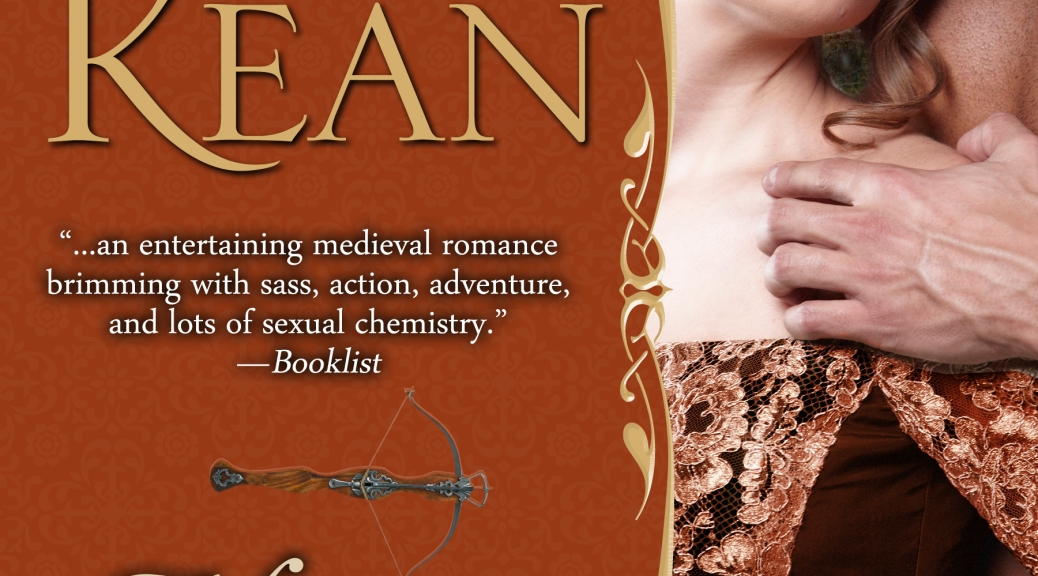 If you are an avid reader of historical romance, you will enjoy Catherine Kean’s A Knight’s Temptation.

A friendly game of pretend between Aldwin and Leona almost costs Lady Leona her life, resulting in Aldwin’s banishment from his family.

The prologue ends with Aldwin being punished for his wrongs, leaving a feeling of angst in my chest.

Such angst is soon wiped away when I flip the page.

Chapter one quickly starts off with Aldwin on a quest to recover a prized possession.

I love when novels just get straight to the point instead of leading the reader off into an endless back story.

One of the things I most enjoyed about this novel is the attention to setting.

Being able to envision the setting so vividly in my head kept me reading.

The characters were not stick-figures either.

I found both Aldwin and Leona to be enjoyable enough, both strong and well rounded characters, their conflict was engaging.

I must admit that historical romances are not my favorite kinds of books, but I found this read to be good enough for a lazy Sunday afternoon.

This is not Catherine Kean’s first novel.

Kean is a National Readers’ Choice Award Finalist with several other titles under her belt.

Her novel, Dance of Desire, was the launch title of Medallion Press’s Sapphire Jewel Imprint and won two Reviewer’s Choice Awards, as is written on her website.

Learn more about Kean at www.catherinekean.com