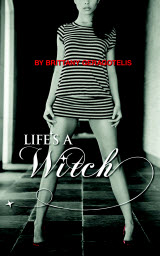 Below Geragotelis gives us a glimpse into what it took for her to write her own success. Uncertain why that is so awesome? Check out: Turning no’s into green yes’. Though it is just a snap shot, connect with her on social media. The links are provided below. If you are a self-published author looking to be published with a big six, you will be motivated to follow down her path.

Straight from the author’s mouth: Writing her own success 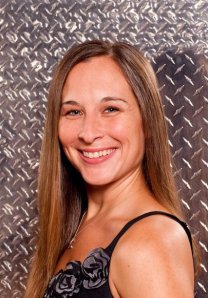 Why did you choose to write this book? How long did it take you to write it? When I was considering publishing something on Wattpad, I took a look at what kids seemed to be reading on the website. It turned out to be a lot of Paranormal Romance, so I thought about what I might want to write. I think a lot of people are intrigued by the Salem Witch Trials and I started thinking about what it would have been like if those accused really were witches. And what if the accusers were from the same coven? The story just formed from there!

As for a timeline, when I was writing Life’s a Witch, I had a day job (I was an editor at a magazine), and so I was writing for an hour every night (between 11PM and 1AM). So, with this limited time to write, it took me about 6 months. However, I only had 6 weeks to write the prequel, What the Spell?, which I just turned into my editor last week!

Any editing tips? Don’t edit as you go. If you start nit-picking while you’re writing, you’ll never get the book written. When you’re done give yourself some time away from the book. A week, two, sometimes I like to take a month off. It’ll let you be more clear-headed when it comes time to edit it. Then, have an editor look it over. Not only will they catch all the spelling and grammar errors you’ve made, but if you’re like me, they’ll find all of the inconsistencies we can get while writing.

If you could share one tip you learned with self-publishers who share the same dream, what would it be? Don’t ever let someone break your dream. I went through 10 years of rejection. I had some close calls, but a bunch of set-backs, to the point where I almost gave up on writing completely. Luckily I didn’t, because look what happened! Be willing to look at things differently. I used to think that getting published had to look a certain way–get an agent, get a publisher, become a famous author–but as soon as I opened my mind to the idea that there may be other ways of achieving success, things just started to happen. And lastly…say yes to opportunities that come your way. I was wary of putting my stuff for free on Wattpad, but ultimately I said yes to what they were offering. It’s because of this, I got 18 million reads of my book, which ultimately led to me getting my book deal.