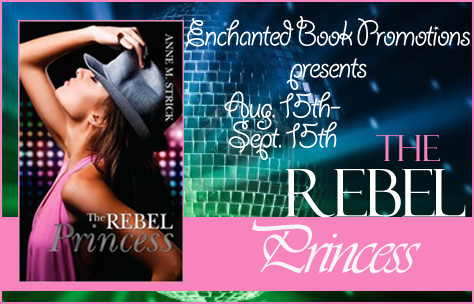 An insider’s first-ever behind-the-scenes scoop on how movies are REALLY made: gritty, grinding, tunnel-vision labor, back-stage intrigue, explosive dramas, parties, and relationships that last a night or a lifetime.
Larger-than-life characters who live life with fervor, while contending with their own inner demons and one another, all in the pressure cooker of a location shoot in the exotic world of Mexico. This romp of a story follows the making of a movie from pre-production through wrap.  A hotly passionate love story and a murder elevate the stakes.

Anne M.Strick has spent over twenty years in the movie industry. She has worked for Universal, Warners, Paramount and EMI, as a Unit Publicist, Project Coordinator and National Publicity Director,  and  with such Hollywood legends as Jack Nicholson, James Earl Jones, Sean Penn, Arnold Schwarzenegger, David Lynch, Sting and Dino De Laurentiis, among many others.  She has published theater reviews, articles in Parents Magazine , Frontier and The Nation, and six books: two novels, two self-help books, one memoir (a best-seller in Italy); and a non-fiction, scholarly critique of our adversary trial system. (”remarkable”) . Born in Philadelphia, and educated at Bennington College and UCLA, she lives in Los Angeles.

WARNING. The second excerpt is NOT appropriate for anyone under the age of 18.

Last night she’d had the dream again.  The dream she hated and loved.  She smelled the sea brine and the sharp pines that rose beyond the dunes, saw the tide-pool anemones open and close about their viscous centers.  She felt the heat move from her soles up through her calves to her thighs and pelvis and the small of her back from the sun baked sand; felt the melting begin.  Her nipples tightened.  She heard the waves slide and suck, in and out, insinuating, hypnotic.  And as shockingly as always the green-eyed, gypsy-faced stranger burst – jogging, grinning with knowing primal energy – through the tall grass at the top of the rise.  And as always, that energy struck her like a blow: sudden, deep, forever.  Jason.  Jason Archer.

Davena, waking slowly in the huge four poster, ran her hand through her curtain of sun-tipped chestnut hair in irritation.  Merde.  It was the Dom Perignon.  Whenever she’d drunk too much, as she had the evening before, she had the damn dream.  And awoke in heat – for a man from whom she’d been divorced six years.   And despite having been thoroughly laid by Bram last night. Humiliating.   She  rolled over and buried her head beneath the pillow, hiding from the familiar soul-pain, denying it – – and then with a shake of her disheveled mane sat abruptly up.   The clock next to her bed read six am – the alarm, set for five-thirty, had somehow failed.  Or, webbed in her dream, she’d slept through it.

Excerpt #2 – NOT APPROPRIATE FOR MINORS

She may have made the first move then. He may have. They came together with a heat she had never known. Beneath the white satin robe whose belt he untied, she stood naked; glorious. The coral tips of her full breasts were heard. He caught his breath. For a moment his eyes luxuriated in her ripeness; and then he lowered her to the thick carpet. She was ravenous for his lips, his tongue, his hands everywhere: her mouth, her breasts, her navel, the mound that was already so wet and swollen. She wanted him inside. But still – his teeth on her nipples, his fingers probing her wetness, rolling her clitoris, – he made her wait. Made her wait until, writhing, almost out of her mind, all shame gone, all fear gone, she could only beg, “Please. Now, please.” He straddled and entered her and she gasped. Something irrevocable had happened. In her most private, secret places, in her center, she was open to this man as never to anyone before. She moaned, and in mutual frenzy they moved to driving, trusting, flooding climax.

The second time was slower. Now they had all the time in the world. He ran his tongue from beneath her ear to the hollow in her throat, played with it between her breasts and beneath them. With his tongue he circled her nipples and teased down to her navel, probing in till she shuddered, tonguing down further over her flat stomach to the rich chestnut hair. With his tongue he circled and teased and probed her still-swollen lips below, sucked them, thrust his tongue into the opening still running with their juices – and brought that tongue into her mouth so that she, too, could taste the two of them mingled.

The moment – finally – was here. “Alright gang,” Bill said. The quaver of excitement was in his voice, his body strained. “We’re gonna roll. Now give me everything!” For a second he paused and then he called out to the set, “Okay! Let’s roll!”

“Quiet on the set,” bellow Miguel. “Quiet! We’re rolling!” And then in Spanish, because well over two thirds of his crew was Mexican, “Rodando! Estamos rodando!”

The hush was absolute. On the entire seat, not a breath was audible. Not a floorboard creaked.

The scene was played. Impeccably. For ninety seconds, the only sounds were those of Lisa’s voice and Skye’s; a low murmur in the vast space of the Stage.

And then Bill called “Cut! Cut and print!” and a collective, wordless sigh was emitted.